Just a quick plug for what I think is going to be a great show at True North Cultural Arts-“I Do! I Do!” opens this Friday February 27th and runs through March 15th. The book and lyrics are written by Tom Jones, and the score is composed by Harvey Schmidt–the same duo that brought the ever popular “the Fantastiks” to the stage. The True North production is directed by Jacqi Loewy with musical direction by TNCA Artistic Director Rick Fortney, and is starring Ray Ewers and Peggy Gibbons as Michael and Agnes Snow. I had the chance to see a small portion of the show earlier this week, and Ray and Peggy both look and sound great! 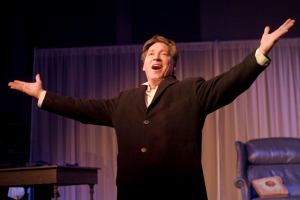 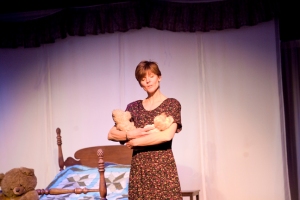 True North is one of the newer theatres in the Cleveland area, but has already reached some success in last year’s staging of “Working” by Studs Terkel, and the original production of “Blooms of Steel” by local playwright/actress Kim Ceja the prior season. True North has a great program through the county that allows them to commission original pieces of theatre by local playwrights. In other words, one of the few theatres in the area where you can see literally brand new world premieres of theatrical productions. In fact after “I Do! I Do” closes TNCA is slated to roll out “Freedom’s Light” a world premiere original play by Kelly Boyer Sagert about Lorain county’s role in the Underground Railroad. I actually had the opportunity to participate in a reading of “Freedom’s Light” and I can attest that it looks to be a great piece of theatre.

True North is definitely a theatre to keep in mind when looking for a quality production, starting with “I Do! I Do!”, and at $10 a ticket it’s certainly one of the more affordable theatres around. For more information you can check out their website at www.tncarts.org or call their Box Office at (440) 949-5200.